1966 Ruth Helen Marks, wife of the pastor Joyce United Methodist Church, realized many children in the Uptown neighborhood lacked options for early education. She worked to found Joyce Preschool, which has offered high-quality preschool to families regardless of ability to pay ever since.

1994 Head Teacher Sharon Dill watched the rapidly growing Latino community and saw their substantial barriers to accessing quality early childhood education. In response to that growing need, the following year Joyce Preschool became the only fully bilingual preschool in Minneapolis. To support peer learning, the program was structured around equal numbers of English and Spanish speaking children, with the curriculum taught in both languages.

2004 Joyce Preschool became a nonprofit, a reflection of its commitment to accountability and the strength of Joyce’s donor community.

2013 After nearly 47 years housed in its original location, Joyce Preschool relocated to a space within Park Avenue United Methodist Church. The move was prompted in part by the preschool’s longtime plan to expand to accommodate more students, and in part by the closing of the historic Joyce Church. In the years since Sharon Dill first proposed a two-language concept, Joyce Preschool has refined its two-way immersion approach and more than doubled in size. Joyce continues its commitment to removing barriers to accessing early childhood education by providing scholarships and transportation. 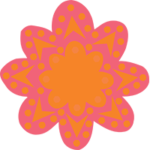 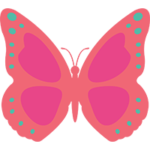